COMPENSATION FOR A DELAYED OR CANCELLED FLIGHT

Home » COMPENSATION FOR A DELAYED OR CANCELLED FLIGHT

Compensation for a delayed or cancelled flight. Lost luggage

Dream vacations with your family? A business trip upon which so much depends? A short city break that will recharge our batteries for the whole upcoming week at work?

And although our thoughts are already elsewhere, reality can brutally bring us down to earth. A „Delay” or even worse – „Cancelled” sign on the departure board can effectively exhaust our patience.

In return for such situations, as long as they are not caused by force majeure, we are entitled to compensation for a delayed or cancelled flight in accordance with the rights of air passengers. My plane is delayed – what am I entitled to?

In case of a delayed flight, from as little as 2 hours for shorter flights, passengers can get compensation already on the spot in the form of:

“If the wait for your flight exceeds 5 hours, you can cancel your contract with the carrier and demand a full refund of your ticket, as well as an assurance of your return as soon as possible if you arrived at your destination too late to carry out your plans.”

How to receive compensation for a delayed flight

for flights from the EU to a non-EU country, operated by an EU or non-EU airline

for benefits not yet received (compensation, re-routing, airline assistance) under the applicable laws of a non-EU country, due to problems with the flight.

Pursuant to Regulation (EC) No 261/2004 of the European Parliament and the Council of 11 February 2004 on establishing common rules on compensation and assistance to passengers in the event of denied boarding and of cancellation or long delay of flights, and repealing Regulation (EEC) No 295/91, hereinafter referred to as „Regulation No 261/2004”, the following cumulative conditions must be met to obtain compensation for a delayed flight:

Sometimes, the delay or cancellation is caused by circumstances beyond the control of the airline, such as bad weather conditions such as fog reducing visibility, strong wind or heavy snowfall. It should be noted that in such situations, the most important thing is to ensure an appropriate level of passenger safety, and compensation is not due for such situations, which reduces the obligation to pay compensation.

How much is the compensation for a delayed or cancelled flight?

The compensation amounts are strictly defined in Regulation 261/2004. The EU legislator made the amount dependent on the distance between the departure and destination airports in order to make it easier for passengers to file a claim. The amount of compensation is therefore the following, depending on the length of the route:

Cancellation of a flight

A flight cancellation occurs when:

When are you not entitled to compensation for a cancelled flight?

In the case of a cancelled flight, a passenger may claim compensation unless:

The traveler must be notified of the cancellation between 14 and 7 days before the scheduled departure date, and according to the new itinerary proposed by the carrier, they are to depart a maximum of two hours after the time in their original plan and arrive a maximum of four hours later. Otherwise, they are entitled to receive compensation.

It is important to note that all this must be done as part of a single booking, and confirmation of your booking is required for evidence purposes each time you make a change.

You look out for your luggage on the conveyor belt, other travellers pick up their bags and you… end up alone and the belt stops moving. Your luggage is now missing.
Such situations are regulated by the Convention for the Unification of Certain Rules Relating to International Carriage by Air, concluded in Montreal on 28 May 1999. (Journal of Laws 2007, no. 37 item 235). The air carrier is responsible for checked baggage, i.e. baggage placed in the cargo hold, from the moment it is checked in until the moment it is collected by the passenger at the destination airport. Therefore, if the plane has arrived and the baggage has not, in such a case financial compensation is due.

Lost or damaged baggage must first be reported to the lost and found office at the airport, by completing a Property Irregularity Report (PIR). In order to submit your claim as quickly as possible, please come to the office with:

Complaints about damage, delay, loss or theft of luggage should be addressed directly to the air carrier, and it is only the air carrier to whom the complaint must be addressed. That is why it is so important to read the regulations of a given airline at the stage of buying a plane ticket. They often contain information about compensation for a delayed flight.

If 21 days pass and all trace of your baggage is still missing, it should be considered lost. The airline is obliged through the Montreal Convention to pay compensation for lost luggage, although the amount paid depends on the airline, which may be decisive in obtaining compensation. This is a very individual issue, so it is a good idea to have the contents of your baggage well documented. It does not hurt to take a photo of the suitcase before the trip. It is also a good idea to have a complete list of lost items with their approximate value. You are in the best position if you have receipts documenting the purchase of certain items, in which case attach copies. Remember that the airline or insurance company will consider the current value of the items or their replacement cost, not the price you paid in the past.

However, it is a common situation that the baggage will indeed arrive, albeit several days later. Then, within 7 days of receipt, you must file a claim directly with the air carrier. For the delay of the baggage itself, you are entitled to a refund of the basic costs you have incurred, such as buying the necessary cosmetics and clothes to change. However, it is advisable to contact the airline in advance in this matter and keep the proof of purchase. They will be necessary to document the expenses incurred in the compensation process.

If the airline carrier refuses to respond to your complaint, or its response is unsatisfactory or refuses to pay compensation for the delayed flight, your rights may be successfully pursued in court. 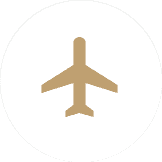 RPMS Staniszewski & Wspólnicy Legal Office, as a partner of Skysupport.pl provides comprehensive services in the field of protection of passengers’ rights in disputes with airlines, and in particular specialises in compensation for delayed flights.

We represent passengers not only in proceedings with air carriers, but also in court proceedings.